GNPower Kauswagan, a joint venture of the Ayala Corporation and shell company Power Partners Ltd. Co., is building a four-unit coal-fired power plant with a total planned capacity of 552 MW in Lanao del Norte Province.[3] In May 2014, Ayala put the cost of the plant at US $1 billion.[4] In July 2017, the cost of the project to date was estimated by one observer to be US $2.5 billion.[5]

GNPower began site clearing work in August 2013, having signed an agreement for sale of 330 MW of power from the plant to Power Supply Aggregation Group Corp. (PSAGCorp), a group of Mindanao electric cooperatives.[6] Environmental permits for the project were issued in March 2014.[7]

In May 2014, GNPower signed an engineering, procurement, & construction (EPC) contract with Shanghai Electric Power Construction, a subsidiary of Power Construction Corporation of China.[4] The final financing agreement was signed in December 2014, with a syndicate of domestic and international banks.[8] The state grid operator, the National Grid Corporation of the Philippines, announced plans in January 2015 to build a new 230-kilovolt transmission line to connect the plant.[9] Construction on the plant is slated to begin in early 2015, and is scheduled to be completed by the end of 2017.[8]

In July 2015, the project appeared to be entering construction. AC Energy Holdings president Eric Francia told reporters, “For Kauswagan, we have made the financial commitment. We have started the project. The engineering design is ongoing [and we just want to] clear the property... We are hoping to go full blast in a month or so.”[10]

In July 2016, AC Energy Holdings announced that it secured funding for Unit 4 of the plant. The project will be funded by 70 percent debt from domestic and foreign banks, plus 30 percent equity.[11]

In October 2019 the Philippine Competition Commission (PCC) approved the purchase of shares of three subsidiaries of Ayala Corporation’s energy division, AC Energy Inc., by US-based holding company Proverbs 16.[12] Ayala's interest in the Lanao Kauswagan power station was sold to Power Partners Ltd.[13] Ayala in April 2020 announced that it would divest entirely from coal by 2030.[13]

In September 2015, a financing agreement for units 1-3 was closed. US$435 million in loans was provided by Rizal Commercial Banking Corporation, Security Bank, Bank of the Philippine Islands, United Coconut Planters Bank, and Land Bank of the Philippines. US$520 million in equity was provided by Ayala Corporation, Power Partners, and Philippine Investment Alliance for Infrastructure. Yorick Advisory acted as financial adviser for the sponsors, and RCBC Capital Corporation acted as financial adviser for the lenders.[22] 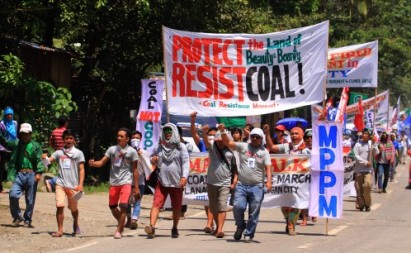 In a march organized by the Coal Resistance Movement, an estimated 300 people walked 92 kilometers across Lanao del Norte province to protest the Lanao Kauswagan power station and a proposed 20 MW coal plant inside the La Farge cement factory in Kiwalan, Iligan City. The march passed through the towns of Lala, Tubod, Kolambugan, Bacolod, Kauswagan, and Linamon, culminating in Ilgan City in front of La Farge. The group of marchers, which included school children, sought to draw attention to the effects of the plants on the rich marine environment resources of Panguil Bay and Iligan Bay.[24]

Retrieved from "https://www.gem.wiki/w/index.php?title=Lanao_Kauswagan_power_station&oldid=246465"
Categories:
This page was last edited on 25 May 2021, at 19:59.
Content is available under Creative Commons Attribution-NonCommercial-ShareAlike unless otherwise noted.
Privacy policy
About Global Energy Monitor
Disclaimers