The map below shows the location of Saltukova village, the approximate location where the plant would be built in Çaycuma district, Zonguldak province. 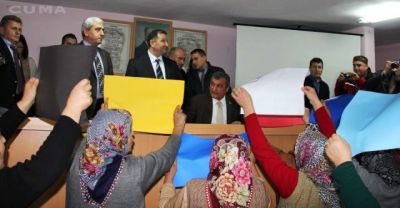 Protests shut down a community hearing for the Saltukova power station in Saltukova on Feb. 7, 2013.[1]

The first permitting meeting, on February 7, 2013, was met with significant protests, with local residents and environmental groups filling the hall despite a strong police presence; the meeting ended after protesters prevented the planned discussion from being held.[3][1]

As of June 2015 the EIA has not been submitted and the project appears to be abandoned.[4]

Retrieved from "https://www.gem.wiki/w/index.php?title=Saltukova_power_station&oldid=236868"
Categories:
This page was last edited on 30 April 2021, at 11:05.
Content is available under Creative Commons Attribution-NonCommercial-ShareAlike unless otherwise noted.
Privacy policy
About Global Energy Monitor
Disclaimers