The map below shows the approximate location of the project, as shown on the maps in the PT PLN 2016-2025 plan.

In July 2017 hundreds of protesters rallied against construction of Sulsel-2 in front of parliament offices in Jeneponto, Jl Pahlawan, Kelurahan Empoang Binamu District. Five members of parliament including Chairman of DPRD Jeneponto Muh Kasmin Makkamula signed a petition in opposition to Sulsel-2.[3] Idris Lewa, coordinator of the action, noted that pollution from the plant would include mercury, lead, arsenic, and cadmium, and that it would threaten the survival of the Jeneponto community, especially the Tarowang sub-district.[4]

In March 2018 Commission II of the Regional Representative Council of Jeneponto said that the project had been cancelled due to the cancellation of economic development in the Bantaeng district that would have increased demand for electricity.[5] 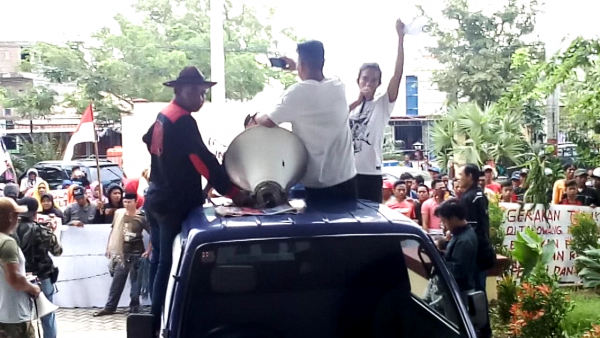 Retrieved from "https://www.gem.wiki/w/index.php?title=Sulsel-2_power_station&oldid=237720"
Categories:
This page was last edited on 30 April 2021, at 11:06.
Content is available under Creative Commons Attribution-NonCommercial-ShareAlike unless otherwise noted.
Privacy policy
About Global Energy Monitor
Disclaimers