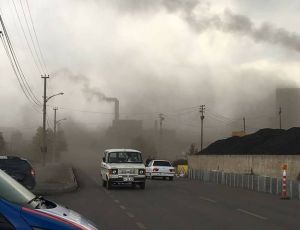 In 2022, the company announced that the implementation of new flue gas treatment and filtration systems had been completed. In the same statement, Çelikler Holding noted the environmental impact of the plant and their intention to remain in operation "uninterruptedly".[13]

There are several mentions in the news media about additional capacity expansions, which are supposed to bring the area's coal-fired capacity to roughly 1,000 MW in total. Part of this is apparently the Kütahya Domaniç power station, but it seems that another 300 MW of additional capacity will be added to the new Polat Tunçbilek power station. It is possible, however, that this is referring to an additional 300 MW that will be added to the Tunçbilek Kütahya plant.[14][15]

An August 2014 article suggests the aging power station may be replaced by a new 600 MW coal plant.[16]

Retrieved from "https://www.gem.wiki/w/index.php?title=Tunçbilek_power_station&oldid=349076"
Categories:
This page was last edited on 5 July 2022, at 14:33.
Content is available under Creative Commons Attribution-NonCommercial-ShareAlike unless otherwise noted.
Privacy policy
About Global Energy Monitor
Disclaimers