The power station's phase I was under development, but on hold and presumed cancelled. A liquidation process was initiated.

The is located in Kharagprasad village, Dhenkanal district.

Lanco Babandh Power proposed setting up a 2,640 MW (4 x 660 MW) coal-fired thermal power station at Khurunti village. The project would be implemented in two phases of 2 x 660 MW in each phase. Coal would be sourced from Mahanadi Coalfields and the captive coal mine at Rampia; and water from Brahmani river.[1]

In March 2017, the Broad Status Report stated: "Work almost held up due to financial constraint presently."[9]

According to the December 2017 Broad Status of Thermal Power Projects in the Country, "Work was held up due to financial constraints, now the work restarted."[10] However, the April 2018 Broad Status had no planned date for the power station, listing it as "stressed".[11]

In 2021, government documents listed the following about Phase I: "Liquidation Order date 27.11.2019; The Liquidator has partially sold the assets of the company on a standalone basis through e-auction."[12]

As of April 2015, Phase II has yet to receive environmental clearance and was likely abandoned. The project no longer appears on the Lanco Infrastructure website.

As shown in the archival photos below, construction was virtually stalled from April 2013 to December 2016. For other examples of stalled projects, see Troubled Indian Coal Plant Construction Sites. 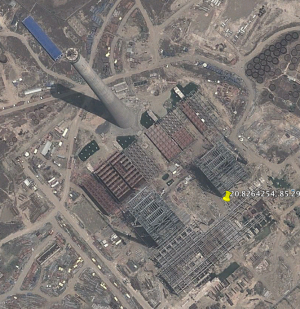 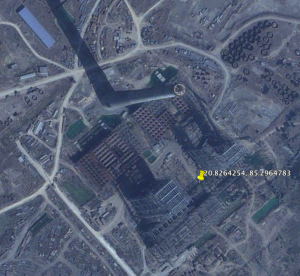 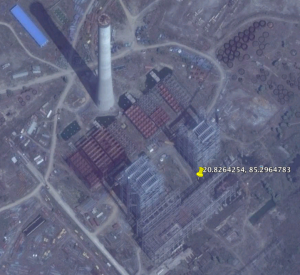 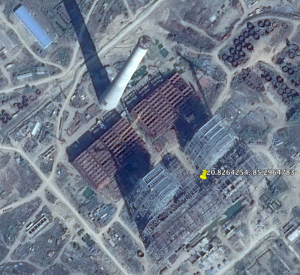 Lanco's proposal to build a power station in Dhenkanal district has been the subject of numerous protests as well as a lawsuit by local residents charging that the project would violate the Land Acquisition Act and the Tribes and other Traditional Forest Dwellers Act. The suit demands that the land acquired for the project be returned to the residents of the villages of Kharagprasad and Kurunti.[13]

As of 2019, the Environmental Justice Atlas reported that the Babandh power station has faced opposition to the implementation of the power plant. Those opposing include farmers, locals of the Babandh plant neighborhood, Villagers of Kurunti, Bharatiya Janata Party (BJP), and informal workers. They reportedly filed a court case in the High Court of Orissa, Cuttack against the power station, as well as signed a petition with about 10,000 people to send to different political officials, such as the Prime Minister of India and the Chief Minister of Orissa.[14]

According to a September 2013 news report, the company had not yet entered into a fuel supply pact with Coal India.[15] In January 2013 it was reported that the central government was going to decide on the fate of the plant.[16]