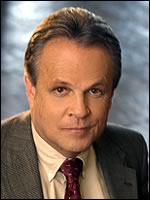 Bob Henrie is a Principal of R&R Partners, a Las Vegas-based public relations and advertising firm.

A biographical note states that "Bob has an extensive 30-year background in both the public and private sectors as a professional communications and marketing strategist — specializing in positioning, image enhancement and crisis communications. Currently, Bob acts as lead strategic counsel for Intermountain Health Care (IHC), a group of integrated hospitals and physician groups based in Salt Lake City, Utah. Also a specialist in labor relations, Bob has also advised many of R&R Partners' clients on various labor issues and initiatives. Bob has spent many years in Washington, D.C., Nevada and Utah directing the administrative, advertising and communications efforts of several senatorial and congressional staffs and committees. Among them, Senator Orrin Hatch (R-Utah), whose 2006 re-election campaign he spearheads."[1]

"During his tenure in Washington, D.C., he was the chief of staff of the House Mines and Mining Subcommittee. He worked closely with the American Mining Congress, the U.S. Bureau of Mines and mining companies throughout the world to promote a national awareness of strategic minerals, and to protect vital mining legislation," his biographical note states.[1]

In March 2008 the Salt Lake Tribune reported that in 1984 Henrie was the spokesman for Emery Mining Corp. "when the Wilberg mine caught fire, killing 27 people. His name, face and thoughts were constantly in the news for more than a year, the length of time it took rescuers to extinguish the flames, then dig their way back into the smoldering Emery County mine to retrieve the victims' bodies."[2]

Workers involved in the Wilberg mine rescue and relief efforts charged that on the day of the fire the company had been attempting to break the 24-hour world production record for longwall mining.[3] Henrie responded, “It is totally unwarranted to suggest that an attempt for a record led to this tragedy.”[4]

Henrie's expertise was again called upon again last fall after four coal mine disasters in 18 months, the last of which occurred just a few miles north of Wilberg - last August's dual wall collapses in the Crandall Canyon mine, where six miners were fatally buried Aug. 6 and three would-be rescuers were killed 10 days later."[2]

In March 2008 the Salt Lake Tribune reported that in September 2007 R&R had won a contract from the National Mining Association and that Henrie "figures prominently" in the effort to develop "national advertising and paid media campaigns to boost coal's image." "The advocates of coal haven't had a lot to advocate for. People have a mindset to build a case against coal, rather than for coal," said Henrie.[2]

Retrieved from "https://www.gem.wiki/w/index.php?title=Bob_Henrie&oldid=239797"
Categories:
This page was last edited on 30 April 2021, at 11:23.
Content is available under Creative Commons Attribution-NonCommercial-ShareAlike unless otherwise noted.
Privacy policy
About Global Energy Monitor
Disclaimers