Climate Hope: On the Front Lines of the Fight Against Coal, is an account of the grassroots movement to stop the construction of over 150 proposed new coal-fired power plants and synthetic fuels plants in the United States and phase out the use of coal entirely.[1] The book covers the period 2007 to 2009, during over 100 new coal plants were canceled, abandoned, or placed on hold. The book explains the research of climate scientists identifying coal as the primary driver of global warming, and focuses especially on the public advocacy of Dr. James Hansen, director of NASA's Goddard Institute for Space Sciences. Major topics include the "China question" (whether controlling coal in the U.S. is pointless if China is simultaneously expanding its coal fleet), the potential for conservation and efficiency, the decentralized character of the anti-coal movement and the movement's use of networking tools, the use of nonviolent direct action by anti-coal activists, the abandonment of coal plants by Warren Buffett, the "clean coal" controversy, the TVA Kingston Fossil Plant coal ash spill and the Sierra Club's national coal campaign. The book also chronicles state and regional fights over coal mining and power plants in Florida, Kansas, Appalachia, the Four Corners region, the Northern Plains, and Washington, D.C.

Climate Hope is published under the terms of the Creative Commons Deed. This means that the book may be copied, distributed, or adapted, provided it is attributed and that it contains the same or a similar license.

Prior to publication, the entire text of Climate Hope was posted on SourceWatch for review and correction by the general public. 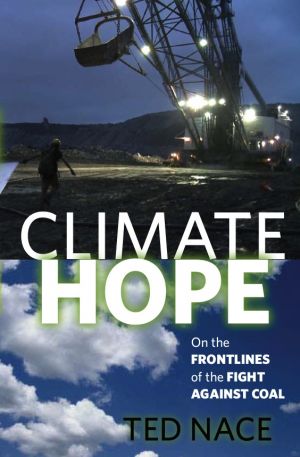 Retrieved from "https://www.gem.wiki/w/index.php?title=Climate_Hope&oldid=23926"
Categories:
This page was last edited on 25 December 2019, at 21:22.
Content is available under Creative Commons Attribution-NonCommercial-ShareAlike unless otherwise noted.
Privacy policy
About Global Energy Monitor
Disclaimers