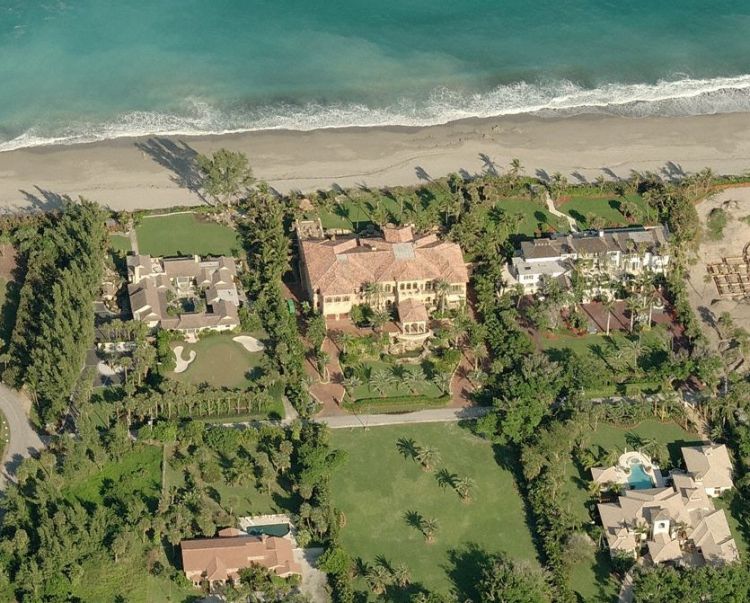 Cline's operations and lifestyle were profiled by Bloomberg Magazine in the October, 2010, article "New King Coal." The article discusses how Cline tried to distribute literature at his childrens' school suggesting that climate change may be caused by clusters of sunspots or the Earth wobbling on its axis, not just carbon. When the school refused due to lack of scientific support for these theories, he complained to school fundraisers. He calls coal "a moral imperative" for the world's poor, and describes Massey Energy's Don Blankenship, CEO during the Upper Big Branch Mine Disaster, as one of the coal industry’s "most talented leaders."[5]

Cline told Bloomberg reporters John Lippert and Mario Parker that "we in the industry probably do the worst job in the world getting out the story of the good lives we're helping people live. Changing that is certainly a big interest of mine."[5]

"As far as the social acceptability of coal, I like to think I'm part of supplying the cheapest energy in America," he said.[5]

In 2009, ExxonMobil sold the Shay Mine No. 1 to Macoupin Energy LLC, part of the Cline Group, also owned by Chris Cline. The Cline Group also owns Hillsboro Energy and has mines elsewhere in Illinois and West Virginia.[6]

The following companies and mines have been directly or indirectly affiliated with Chris Cline:

Digging begins at Deer Run Mine, despite legal challenge

In April 2011, the Cline Group began digging at the Deer Run Mine in Illinois. The early production is “development coal” that must be removed to allow construction of the underground mine. The mine remains the subject of a 2-year-old appeal of its operating permit. The appeal was filed by a group of landowners called Citizens Against Longwall Mining in early 2009, who contend the longwall mining method to be used at Deer Run will hurt farmland values, filing the appeal after the Illinois Department of Natural Resources approved an operating permit for Deer Run mine. The group argues that longwall mining will damage farmland by causing long-term mine subsidence. Brian Perbix of the Prairie Rivers Network/Sierra Club said opponents are hoping for a decision this summer 2011, and added that there is still time to halt the operation. Department of Natural Resources spokeswoman Januri Smith said the administrative review remains in the discovery process and that a timeline has not been set for a ruling.[27]

In June 2011, Canadian National Railway said it will sell assets of its indirect subsidiary, IC RailMarine Terminal Co, for $73 million to an affiliate of Foresight Energy and the Cline Group. CN also said it had entered a related 10-year coal transportation agreement with another affiliate of Foresight and Cline - Savatran LLC - to increase its participation in the growing export of Illinois Basin coal.

Foresight Energy has about 3 billion tons of coal reserves and coal production from four mining complexes in Illinois. The IC RailMarine terminal, which is located on the east bank of the Mississippi River at Convent, Louisiana, stores and transfers bulk commodities and liquids globally between rail, ship and barge. Foresight said it will double the capacity of the terminal to 8 million tons of export coal per year, with the potential for an additional expansion of 8 million tons

From 2008 to 2013, companies of Cline contributed thousands of dollars in campaign contributions to Tony Mayville, who served as acting director of Mines and Minerals at the Illinois Department of Natural Resources. Contributions were made while Cline was seeking mining permits; Mayville was already collecting coal industry campaign contributions when Illinois Governor Pat Quinn made him acting director of the Office of Mines and Minerals, where he would oversee the mine permitting process.[29]

Chris Cline is the president of the Cline Group which is the parent company of Gogebic Taconite, a strong and early proponent of the controversial Wisconsin mining bill originally introduced on December 8th, 2011 with no official author. The Center for Media and Democracy 's PR Watch article states "many had criticized the process, suggesting that no legislators were listed as authors of the bill because Gogebic Taconite was the true author." If passed, the bill will help Gogebic Taconite implement a 21 mile long iron-ore strip mine in northern Wisconsin. Even before the mining legislation became public, CMD found:[17]

"Walker received $10,000 for his gubernatorial campaign, $8,000 directly from Cline and $2,000 from one of Cline's fellow mining executives.

"Cline and his cohorts donated another $29,750, split between two Assembly candidates and one Senate candidate. Many suspect that Gogebic Taconite actually wrote the bill that is currently before the legislature."

Gogebic Taconite also executed its own economic analysis reporting that its project would create 700 mining jobs in Wisconsin.[17]

Retrieved from "https://www.gem.wiki/w/index.php?title=Chris_Cline&oldid=229855"
Categories:
This page was last edited on 29 April 2021, at 20:36.
Content is available under Creative Commons Attribution-NonCommercial-ShareAlike unless otherwise noted.
Privacy policy
About Global Energy Monitor
Disclaimers