In April 2011, following resistance by local residents against house demolitions at Matkoria, four people were killed in clashes with police attempting to clear land owned by Bharat Coking Coal Limited. In addition, 21 people were injured and 27 arrested. Among the arrested were former ministers Bacha Singh and OP lal, Congress MLA Manan Mallick, and deputy mayor Niraj Singh. A curfew was imposed on Dhanbad town.[1] Among those killed in the fighting was Vikash Kuman, an auto driver.[1] Another fatality was that of Sanjay Paswan.[2]The protesters blocked National Highway 32 between Dhanbad and Bokaro for several hours. Police used lathis and teargas to disperse protesters. A Mob set fire to offices of Bharat Coking Coal Limited at Kunsunda and Godhar. Protesters also set on fire a police check post in Matkuriya as well as three police vehicles. Nine people were reported in critical condition with bullet wounds. Among the injured were a half dozen members of the media, including four camera men. Most of those being subjected to the anti-encroachment drive had settled in the area 80 years earlier.[3] 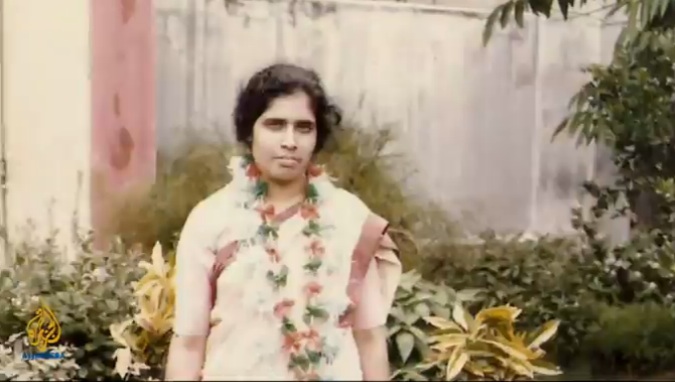 In mid-November 2011 Sister Valsa John, an anti-coal activist in India, was killed in her village of Pachwara, a small community in the eastern Indian state of Jharkhand. She was allegedly killed by individuals hired by coal mining companies. The individuals beat and hacked her to death. Sister Valsa was 52 and took her vows was a member of Sisters of Charity of Jesus and Mary. It was reported that on numerous occasions she had gone to the police after threats where made on her life. The following was written in the Globe and Mail following her death:

"She was one of the remarkable breed of Indian religious figures who are grassroots social activists, who immerse themselves in the most marginalized and impoverished communities and work on literacy, basic health care and human rights. Sister Valsa said she did Jesus’s work by teaching the aboriginal people – known in India as adivasi or 'tribals' – about their rights to their land."[4]

On November 20, 2011 seven residents of Pachwara and adjoining Aloopara village, were arrested for the killing of Sister Valsa John. The Sister's family in the India region of Kerala had alleged she faced death threats from the "mining mafia" in the area and was killed because of her campaign against the Panam Coal Company. However, police alleged that that locals were responsible for her death instead.[5]

Prior to being killed, Sister Valsa John stood up for a rape victim in her community and a police report filed for the case. The alleged rapist, arrested days after the murder and later charged with that too, reportedly told the police that Sister Valsa was “an agent” of a private mining company.[6]

Retrieved from "https://www.gem.wiki/w/index.php?title=Jharkhand_and_coal&oldid=233158"
Categories:
This page was last edited on 30 April 2021, at 10:48.
Content is available under Creative Commons Attribution-NonCommercial-ShareAlike unless otherwise noted.
Privacy policy
About Global Energy Monitor
Disclaimers