Mine of the Future

You see, the main difference which I’m sure you know but which I suspect many of our people have forgotten, between the modern and the pre-modern world is energy consumption and it is our destiny in this country to bring affordable energy to the world.

It’s particularly important that we do not demonise the coal industry and if there was one fundamental problem, above all else, with the carbon tax was that it said to our people, it said to the wider world, that a commodity which in many years is our biggest single export, somehow should be left in the ground and not sold. Well really and truly, I can think of few things more damaging to our future.

Archive links to collections of submissions on Aust greenhouse policy 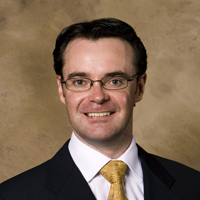 The Plight of CCS in the EU

The map below shows the location of Pali, Korba District, Chhattisgarh, India but not the exact location of the project.

Acland mine blasting and nitrogen dioxide

“Gas is the greatest competitive energy advantage that Australia has. But we are blowing our green dollars on renewables which are not mature yet,” he said.

“I do not support the commercialisation of technology that is not competitive. We would be better off spending on research and development to make it competitive,” he said.

“In two decades we should have shifted from 80 per cent coal to 80 per cent gas. By then, wind and solar should be competitive and can take over the bigger part of the load in 20 or 30 years’ time.”

Mr St Baker noted that the current carbon tax level of $23 a tonne will do nothing to change the energy mix in power generation, with brown coal power generation still coming out the cheapest source of power even with the impost.

A SENIOR NSW health official says exposure to coal dust particulates can harm people's health, even if the pollution is within state guidelines.

have a look here

hings that can be added included videos, images, news of scrubber settlements and retrofits, coal source, citizen action and protests, toxic waste data, incidents of accidents and negligence, litigation, coal plant databases, and information about how upcoming regulation may affect the plant. For some ideas of what to improve pages, see Bruce Mansfield Power Station. Also, for data on toxic releases, see Top 100 TRI facilities for 2009, Right-to-Know Network.

"In early 1995, the first significant mine opened on the Downs. Located approximately 290 kilometres from the Port of Brisbane, the Peabody (Wilkie Creek) mine has pioneered the export of this vast coal reserve."[2]

Reuters, 29 September 2010 Ontario will shut about 2,000 megawatts of coal-fired power generation to reduce carbon dioxide and other emissions to combat global warming and improve health. These plant closures mark nearly a decade of effort to close the province's coal plants and move toward a cleaner energy future.

Mark Wakeham, Climate Spectator, 30 September 2010 (subscription, but free to register) Victoria produces the nation’s dirtiest electricity, relying on soggy brown coal to keep the lights on. Which makes it noteworthy that both sides of the state’s parliament last month voted to legislate for a 20 per cent cut in greenhouse gas emissions by 2020.

"Amidst predictions of a decline in good-quality coking coal reserves worldwide, the acquisition will enable JFE steel to increase its ratio of captive coal resources to one of the highest among major steel makers." [2]

CShearer19 and Bob Burton, we've got an entropy problem - there are now (at least) 3 places regarding the upcoming initiative. There should only be one. 1. CShearer19 has done a section on it at Global Warming Solutions Act of 2006; 2. it turns out to have a page that Bob Burton started at The California Jobs Initiative; and 3. I did one - not realizing Burton had started that one - at Suspend AB 32 (2010)

IMO the page shouldn't be called "ca jobs initiative' since the official name is:

CCS in the uk

Politics of the Maldives

Hi Bob, As I just read here, you personally wrote a letter to the Maldivian minivan news regarding the work of Hill & Knowlton for the Gayoom government and their apparent abuse of wikipedia. To my astonishment, no one had ever reacted to these accusations at wikipedia. I now brought it to their attention and, funnily enough, found out that the same IP once used for manipulation of the articles related to politics of the Maldives [4] was later used for obscene vandalism and by Niall Cook who reveals himself to be worldwide marketing and communications director of Hill & Knowlton. Thank you for your nice investigative work. I presume you have a principle of not interfering at wikipedia yourself in articles related to your work here? Unfortunately, wikiscanner seems to be undergoing an update and cannot be used right now. Let's see if more Hill & Knowlton jobs can be found. Brauchichnich 12:25, 17 January 2011 (UTC)

I seek to download a photo into SW, but dont have the edit-setting to be able to do that. Can u change?

Hi Bob was just wondering if you could email me about some research I am doing I lost your email address. Mike

No. I am not AI. I'm the Executive Director of CMD, which publishes this site. I'm sorry you disagree about my decision to strike the use of the term "zionist," which I consider to be a perjorative term--as I have stated on my talk page.

Bob works for CoalSwarm, not CMD, so please direct your commentary about my editing to me.

Hey thanks for your help Bob, Hengist.

Bob, I've noticed that you've changed (reformatted) a few of my citations; at the same time I notice that your own citations are very simply formatted. I'd like to help, if I may. I added some citation tools to the SW utilities page. I especially recommend the FireFox add-on. Scribe 00:32, 18 July 2011 (UTC)

Hi Bob, I found a workaround for the formatting problem that allows multiple badges on pages. Used it at Gina Rinehart. See this Scribe 06:12, 28 July 2011 (UTC)

Could you tell me why the redirect for David Lewis doesnt work?

5 January 2012 1:47 p.m. MST
Hi Bob,
I forwarded your question about redirects to Patricia, and neither she nor I could find a problem with the redirects. KVK redirected just fine to the article on KVK Energy. All seems to work okay for us. If you have another example of the problem, please send. In the meantime, happy new year! Hope everything is going well down under.
Anne

I notice that you entered some info in C. Beisner. It turns out that there is a Cal Beisner and E. Calvin Beisner... two articles referring to the same person. These require merging...


Neither Patricia nor I could find any malfunction with the redirects. Are you still having problems?


What is your current email address? I want to check and see if I have the right one for you, still.
Anne Landman

How to fix this disambiguation page

I asked you a similar question before, but didnt pay attention as to how you fixed it.

This disambiguation page doesnt work. How do I fix it?

Hi Bob; Many thanks about that. Maybe it is a good idea to add a brief explanation in the FAQ/doc about this. And I am mystified why my version wouldnt work. kind rgds --Antidotto 09:23, 15 March 2012 (UTC)

Hi Bob, Not sure what protocol is these days or who's in charge (I saw a new name) but I wanted to pass this by you. There have some been edits recently to the Monsanto articles that I believe are deleterious. Specifically I refer to Rebekah Wilce's deleting or removal of several entire articles without explanation. In California we have an important vote coming up in just a couple of months or so about the labeling of GM crops. This vote could be pivotal for the entire nation and people are looking for answers, yet the article on Monsanto and labeling issues is now gone. Jill Richardson also removed the main article of the Monsanto series, Monsanto and the Roundup Ready Controversy. I talked with her via our talk pages (which she requested we remove), via email and over the phone almost a month ago. She assured me that she was going to get right on better version but up to recently it's stayed a stub and what's up now sounds like a weak and wandering thing. The previous article was on the Sourcewatch hot list for a long time. I don't get it.

I emailed Lisa Graves but have been put off twice. No offense to her, I suspect that she is very busy but I just want to point out to all concerned that there is a bit of a time crunch here. As I mentioned to Jill and Lisa, perhaps now is not the best time to be starting from scratch. After the vote would be much preferable. It's funny that articles which have remained virtually unchanged for years are suddenly having these issues right before the vote. I realize that they need updating and that they are not my articles and I am probably overstating their importance but again would it hurt to wait a couple of months? A lot of work went into the Mon series.

Hi Bob- wanted to let you know about this editorial issue, as you've been involved with discussions previously. Quite concerned about this. I've copied in my discussion with Lisa Graves (below), and alerting contributor Mike (who has made important contributions) but if you could also check in with this, that would be very much appreciated. Many thanks --Atomised (talk) 16:53, 2 July 2014 (EDT)

Hi Lisa- It appears that the very well established articles linked to the Baha'i Faith are being pulled pretty much wholesale for editorial review. Rather than any kind of individual edits, these are being systematically taken down and referred to some kind of editorial review. This looks very suspicious and I cannot see how every single article, based on this linkage, can be seemingly simultaneously pulled into an editorial review without some kind of explanation. All these articles have been established (and received page views in the thousands) and backed up with rigorous referencing, which may need updating, but this is no reason to pull entire articles all at once. Please look into this and get back to me asap, as this does not look good. I will be keeping a very close eye on editorial review here, and expect full and absolute transparency in terms of any review process undertaken. Thanks --Atomised (talk) 18:06, 27 June 2014 (EDT)

These articles are under review as we assess what topic areas can be maintained to ensure that they are accurate and up to date. Materials regarding religious beliefs and movements may be better suited to a general wiki than to a specialized one like SourceWatch. We are the process of reviewing these materials. Lisa

Hi Lisa- I assure you these and topic areas can be maintained. The fact that these pages have attracted a very large amount of views testifies to their relevance. Also, the connections of this organization in many, many well documented and referenced areas related to business, academia, information technology, the military industrial complex, intelligence and political involvement absolutely justifies their inclusion in Sourcewatch. This has never appeared to be an issue before, and and I absolutely cannot understand your suggestion that they may be better suited to a general wiki, when there are clear issues of interests, funding, and media and other areas involved. These issues regarding the religious beliefs of the organization are in some ways secondary to very well documented structure, influence and lobbying connections of the organization, and its importance as an area of discussion in relation to Middle East politics. --Atomised (talk) 20:29, 1 July 2014 (EDT)

Retrieved from "https://www.gem.wiki/w/index.php?title=User_talk:Bob_Burton&oldid=147009"
Category:
This page was last edited on 17 October 2019, at 03:06.
Content is available under Creative Commons Attribution-NonCommercial-ShareAlike unless otherwise noted.
Privacy policy
About Global Energy Monitor
Disclaimers