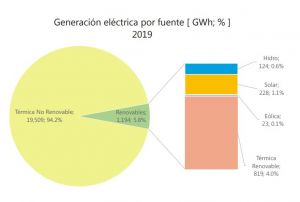 Oil and natural gas provide roughly 80% of Cuba's total energy supply, with biofuels and waste accounting for most of the remaining 20%.[1] 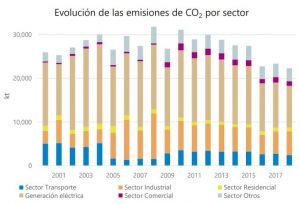 Cuba does not have an adequate system in place to measure, report, and verify its greenhouse gas emissions but has listed the establishment of such a system as an objective for aligning itself with the Paris Agreement.[6]

UNE (Unión Eléctrica) is responsible for the generation, transmission, distribution, and commercialization of electrical energy.[8] 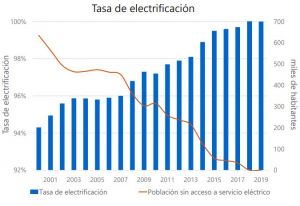 As the tourism sector in Cuba has continued to develop, electrical demand has risen in response to demand for air conditioning and refrigeration.[4] Cuba has had increasing difficulty meeting electricity demands as the Venezuelan crisis has worsened.[4] 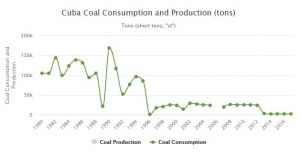 Cuba does not produce or have reserves of coal; following a period of high coal consumption during the early 1990s, modern day Cuba imports tiny amounts of coal per year, and it does not constitute an important part of the energy matrix.[11] 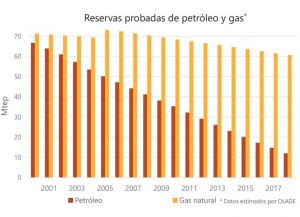 Cuba anticipates signing new contracts with foreign investors for oil exploration and discovery in coming years. Between 2019 and 2021 Cuba plans to license 24 deepwater blocks in its Gulf of Mexico EEZ (Exclusive Economic Zone) under a PSA (Production Sharing Agreement) model.[14][15]

Oil arrives in Cuba on oil tankers. Transalba, the main shipping company, is jointly owned by Venezuela and Cuba.[13]

Solar and wind are the most promising renewable energy ventures in Cuba, but biomass, hydropower, and ocean energy are also being considered.[4] Bagasse (sugar extraction dry pulp residue) is an important source of biomass for renewable energy generation in Cuba but has declined with the sugar industry.[4] Cuba intends to allocate $3.5 billion for developing renewables by 2030.[4]

In August 2021, in response to protests regarding wider economic frustration, the Cuban government loosened restrictions on the import and installation of renewable power equipment to address energy shortages on the island.[16] 225 MW of renewable energy power capacity were operating on the island in August 2021.[16]

Between 2020 and 2030, Cuba intends to grow its iron and steel industries through domestic and foreign investment as well as the use of Cuban raw materials.[17] Steel mills in Havana and Las Tunas are slated to be modernized to reach the countrywide goal of 480,000 tons of billets and 460,000 tons of laminates after 2025.[17] Russia has expressed interest in investing in the Cuban iron and steel sector.[17]

As an island nation, Cuba is at a high risk for the impacts of climate change including dry periods, extreme weather, hurricanes, and sea level rise.[4] Environmental activism is on the rise in Cuba but as of 2019 was heavily focused on beach pollution and animal protection.[18] Activists pushing back against more controversial projects may face arbitrary arrests, censorship, persecution, or limitations on the right to freedom of expression on the internet.[19] Afro-Cubans are disproportionately affected socially, environmentally, and economically by a lack of adequate environmental protections by the Cuban government.[19]

Retrieved from "https://www.gem.wiki/w/index.php?title=Energy_profile:_Cuba&oldid=280813"
Categories:
This page was last edited on 2 January 2022, at 10:39.
Content is available under Creative Commons Attribution-NonCommercial-ShareAlike unless otherwise noted.
Privacy policy
About Global Energy Monitor
Disclaimers